Meet the creative minds behind Cargo 3120. Storytelling is our passion. We work hard to vibrant universe, full of interesting characters you’ll come to care about.

After serving in the United States Army, Aaron Walker, Sr. attended college where he graduated with honors, receiving a Bachelor of Science degree in Game Software Development. Aspiring to become a writer, Aaron learned the art of screenwriting and storytelling from award-winning writer, producer, published author, and Science Fiction guru: Larry Brody (Star Trek TNG, Star Trek Voyager, HBO’s Spawn the Animated Series). Aaron’s first teleplay: CARGO (upon which Cargo 3120 is based, a concept he co-created with Daymond C. Roman and Lloyd Walker Jr.), placed as a finalist in the TVWriter.com 2012 People's Pilot competition. The following year the pilot episode of Cargo would once again, along with Episode 2 (co-written with Daymond C. Roman) place as finalists in the People's Pilot competition. With the positive reception of the concept, he made the decision to tell the story of Cargo 3120 as a series of novels. Having been a fan of Science Fiction since he was a child, Aaron hopes to one day make his mark on the genre. 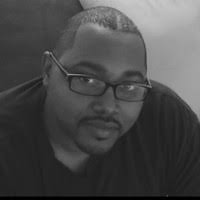 Aaron Walker Sr.
Author/Co-creator
Daymond C. Roman has received his Bachelors of Science degree in Biological Sciences from the University of Texas at El Paso after serving in the United States Army for nine years. In addition to the work he is doing in Cargo 3120, Daymond is actively pursuing a career in cinema. He has studied the craft of screenwriting under the tutelage of legendary television writer Larry Brody (Star Trek, Hawaii Five-O, Silver Surfer). He has also completed numerous screenplays and is being represented by a literary agent affiliated with the Writers Guild of America, as they are currently shopping around his feature length screenplay, A.G.A.P.E. Daymond is also learning the technical aspects of cinematography and will be writing, directing, and producing his first short film soon. 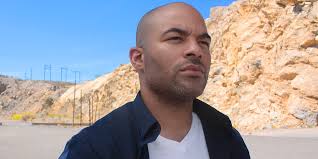