A Galaxy in Crisis... 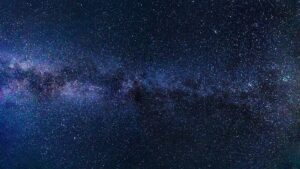 The Milky Way is in turmoil as its inhabitants are threatened by an energy crisis that could result in the deaths of trillions across the known galaxy. For thousands of years they ignored the signs, but now the negligence of their forefathers threatens to crush the children. Planetary Terraformers, massive technological wonders used to create the artificial atmospheres and oceans upon numerous planets across countless star systems (each suited to the individual needs of the species using them), are on the verge of failing.  But Why? The answer is simple: the Tarraformer’s primary power source: Krillium Ore (found on asteroids and planets throughout the known galaxy), has been mined to almost non-existence. 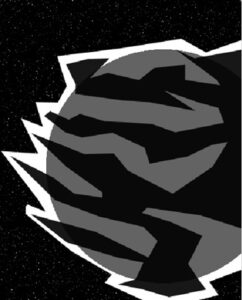 Viable sources of Krillium Ore are becoming increasingly rare, as existing supplies are barely able to keep up with demand.  More than ten species now fight over the remaining scraps of ore in an effort to keep their planets alive, giving rise to the deadly, yet lucrative black market Krillium ore trade. Despite all the technological advancements made over the centuries, no one can handle a humanitarian crisis resulting in the atmospheric breakdown of an entire planet.

It was ninety years before our story picks up that the seriousness of this overlooked energy problem reared its ugly head. It was the year 3030 on the Lyrian planet: Lycron 6 where the first documented failure of an underpowered Terraformer took place. According to “official” Lyrian reports, the Planetary Terraformer on Lycron experienced an “unexpected shutdown” resulting in a catastrophic system crash. Through the united efforts of the Galactic Planetary Consortium (GPC), an Interstellar governmental entity made up of the 10 prominent alien races within the galaxy, they were able to evacuate millions from the planet… though billions still perished.

The GPC, whose purpose is to maintain peace and order in the known galaxy, as well as to regulate trade and commerce between the member races, called for an emergency council meeting. Leaders of each alien faction, including the Human led: Interstellar League of Planets (ISL) sat on the council as representatives for their people. Once gathered, they voted on a critical measure in the wake of the Lycron Disaster.  And in a unanimous vote that should have happened centuries earlier, the council made the finding of an alternate energy source for the failing Terraformers the chief scientific endeavor of all member races of the GPC.  But was it too little too late? Experts among all races agreed that the Krillium supply would be dried up by the year 3140 (roughly 110 years from that point). 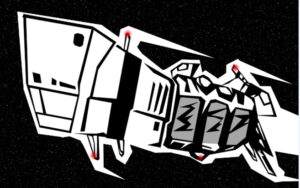 Over the next thirty years many expeditions and scientific projects were commissioned; some funded by governments, others by private organizations, all in an effort to solve the energy problem. But little did any of the “superior races” of the GPC know (including its largest and most influential member: The Lyrian Empire), that it would be the smallest, and most under valued member of the GPC that would find the answer: The ISL.  During a privately funded scientific expedition financed by CEO Richard Maxis of the Maxis Corporation, and led by the brilliant scientist: Doctor Jacob Benton Jr.,  it would be humans that discovered a potentially viable, though unstable, energy source to replace Krillium Ore. The name of that energy source? Ladium Crystals.

But the discovery of Ladium came at a great cost. Many on the expedition objected to the use of the crystals, believing they have awakened an ancient evil that was found guarding the crystals, after their military escort was attacked and nearly decimated. But reports of that encounter remain classified.  Despite the risks, the decision was made to move forward with the use of Ladium, and over the next 30 years Dr. Benton’s dream would be fully realized. His efforts culminated in the creation of a prototype chamber capable of storing and harnessing the immense power output of Ladium crystals.

In the present year: 3120, the Benton Chamber Prototype is now complete, and has just been announced to the interstellar community. But greed and a lust for power, a disease that has plagued the human race from the beginning, resulted in a scandal that rocked the ISL and the GPC. News broke out that Maxis Corp CEO: Richard Maxis conspired to sell the Benton Chamber (and the research team whom he was secretly holding against their will) to the known interstellar terrorist: TERIC WINTERS (leader of a criminal faction calling themselves: ORION’S SHIELD).Facing a pending governmental shutdown and seizure of the Benton Chamber and applicable research, Teric sent in an elite team of mercenaries to steal the chamber from Maxis Labs which was now on ISG Lockdown. And from these wild turn of events, our story begins…